skip to main | skip to sidebar

Yup, that's what this post is going to be. I'm just plain tired. Brendan was sick all night and this boy NEVER catches anything. Well he got his fair share last night. Poor boy. He's on the mend though so hoping he'll be good for school/daycare tomorrow!
A few new layouts to share. This first layout is based on a sketch by Allison Cope over at So Sketchy. I finally tried some currogated cardboard on my layout. I've seen it done a few times and I love the texture it lends to the layout. Super fun stuff! : 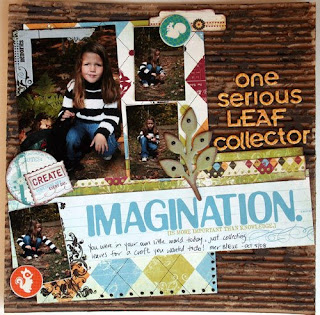 This second layout was for a challenge issued at Scrap Shotz. The idea was to scrap some summer themed photos. I was totally up to the challenge and used beach pictures of Brendan from our PEI vacation last summer. And bright and fun colours too! I can't wait for summer to roll around again. Dealing with -30 temperatures last week was brutal. 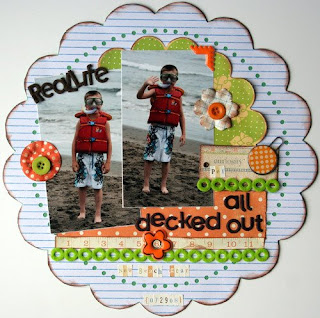 Olivia started indoor soccer on Saturday. She loves it! This is her 3rd or 4th round of soccer and each time, she gains so much confidence and even gets a bit agressive (in a good way) in the game. The best part is she's having a lot of fun. Besides that, she's rocking in school Fabulous marks and she's joined the Rosary Club and choir. I love that she wants to be so involved.

Besides being sick, Brendan played his first hockey tournament on Saturday with the Blackburn Stingers. I serously had SO much fun watching him play. He can be agressive too (but not in a good way ;) ) so we'll need to work on that with him. He's definately hard core though. He dove in front of the puck to stop a goal, he got a break-away of sorts and almost scored...AND he got an assist. And that all happened in only one game - they played three. He is also doing great at school. He's not joining any clubs (recess time is far too precious for him! lol) but he's doing amazing. Miss Kenna told us his reading level is that of a Grade 4 student already. Hard to believe as he hates to read. I won't tell him what Miss Kenna said or I'll never get him to read!

Thanks for reading this far if you did. Hope Tuesday is good to you.

Sure....Why not. :)
I did some Christmas layouts at Melanie's the weekend before Christmas: 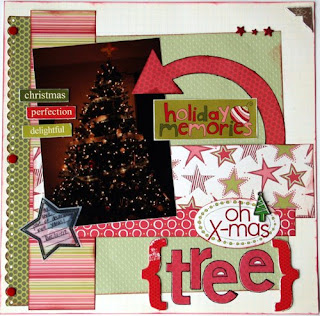 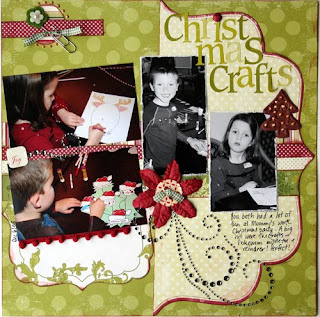 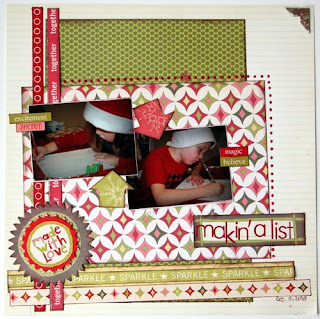 And here is my first reveal layout as DT member over at Scrapbook Star. A seriously scrumptious kit! 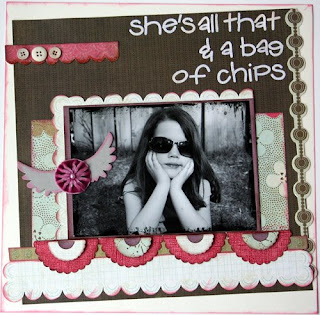 And finally, I've started a Trash your Stash challenge with Patti . I've only done 2 layouts but the day is young....and only 18 to go! 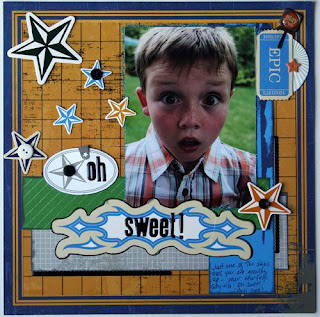 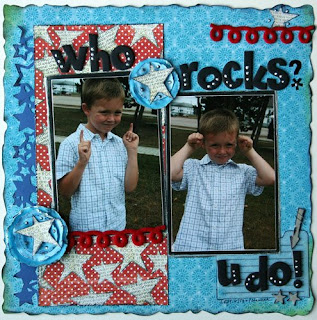 The face only a mother could love! LOL
Back to work and school tomorrow so I'm going to spend the afternoon enjoying my kids and scrapping. Two boy layouts completed earns me the right to do a very girly pink one! (Bet you love the thought Patti!) I may also try my hands at a Christmas layout that has been brewing in my head....
Happy Sunday all! enjoy your day.

I'm a bit behind on a Christmas recap so I thought now is the time to do it. Before things get hectic around here again with back to work/school and I don't get around to doing it. Perhaps the best way to recap our Christmas celebrations is with some pictures (warning! many photos ahead).....
Our Christmas celebrations started the first weekend in December with my work holding a Children's Christmas party. It was so well put together and the kids had a blast! This first photo is VERY unique......Brendan hasn't gone near Santa since his first Christmas.....when he had no choice because he was only 6 weeks old....LOL: 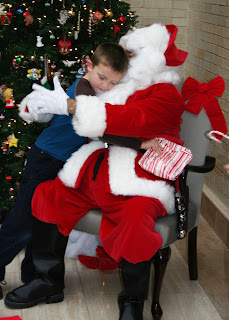 Olivia, of course, had no problem turning on the charm for dear old Santa:
And what would the Christmas season be without a photoshoot with Mommy? Below are some of my faves: 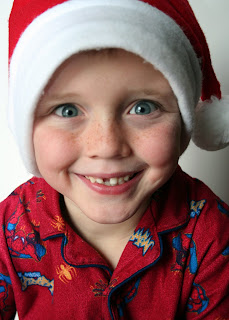 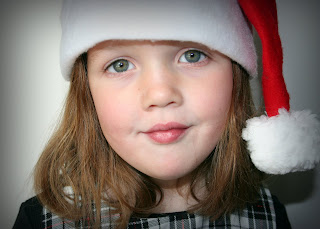 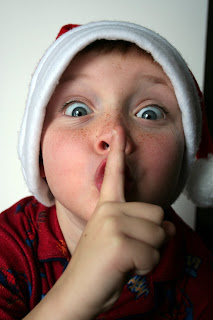 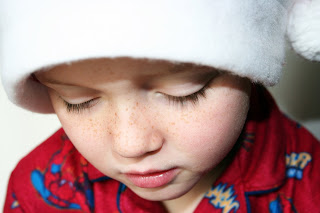 We celebrated Christmas morning at home. The Wii and the Webkinz they both received were a huge hit. Heck, they were so happy I actually got them to stop fighting for 5 minutes so I could take a picture of them together. Ahh...sibling rivalry..... :)
Brendan and Olivia Christmas morning: 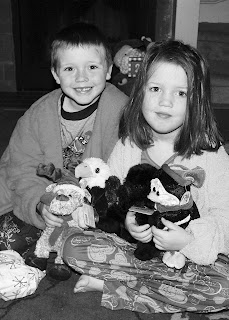 Around lunchtime, we headed to my parents' home to celebrate with them and have a big Christmas feast. The kids were showered with more gifts - the snowboard B was dying to get and Livi got her fair share of more LPS. We also got to spend the day with baby Keeghan who was 'celebrating' his first Christmas.
Here's a picture of Olivia and Keeghan together. How cute is his little outfit? Sweet boy! 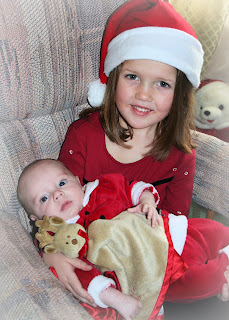 That night, we travelled to Joe's mom's home to visit and sleep over. We celebrated Christmas there as well with Joe's family - Joe's very large family. His Mom rents a hall, the food is scrumptious and catered and we exchanged gifts and caught up.
I finally got a picture of Brendan and his cousin Steven. They share a birthday (13 years apart however) and Brendan thinks Steve is pretty cool because he's also born on November 2nd: 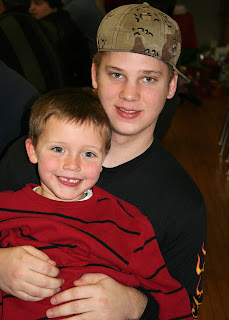 (How come I can't get him smile like that on a regular basis?? I'm just sayin'.....)
And the final picture is of our new neice....sweet Miranda. Coincidentally, she was born in the same hospital as Keeghan and just one day earlier: 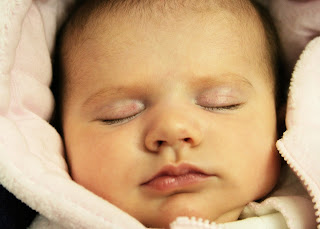 And there you have it - our Christmas 2008 recap. Fun was had by all....and it was so good to get back home and relax on vacation for another week. We are truly blessed.
I'll be back this weekend with a layout update. I think I have a few that I can share.
I hope you holiday was magical!

Wendy Sommers
This is a little spot for me to feature those everyday moments that I love to capture in my scrapbooking and (very amateur) photography! I'm a proud, working Mom to 2 great kids and married to Joe. I am very passionate about my family and love to record their "moments" through pictures and layouts! 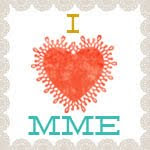